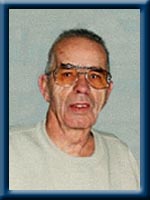 Born in Montreal, PQ, he was a son of the late Louis and Alma (Daignault) Rolland.

Arthur lied about his age and joined the R.C.A.F. at the age of 16. He served overseas in Italy and North Africa from 1942 to 1946 with the 148th Squadron attached to 144 Wing in England. He flew in the Lancaster as a tail gunner; one of seven in the crew. His missions were mostly night bombings of industrial targets connected with producing items used in the war. He was also trained as a commando. Following the war, he worked as maintenance manager for Hertz Rent-a-car for 16 years. He was an avid golfer and a  member of the Liverpool Golf and Country Club. He enjoyed reading, cards and discussions about politics, but,  above all his family was the most important to him.

He is survived by his wife Shirley (Fisher); his daughters: Gail (Keith) Thomas of Lonoke, AR  and Tanya Rolland (Patrick Shaw) of Cornwall, ON. His son Allen of Mississauga, ON. His grandchildren Sara (Chris) Mendoza and James (Allison) Pratt , both of Calgary, AB. His sisters: Jeanine Notariogiovanni of Chattauguay, PQ and Annette of New Brunswick.

He was predeceased by his sister Madelaine Bouchard and brothers Jean Paul and Roger.

Visitation will be Wednesday, December 16th, 2009 from 7 until 9 p.m. and funeral service will be Thursday, December 17th, 2009 at 11:00 a.m., both in Chandlers’ Funeral Home, Liverpool. Reverend Bethe Benjamin-Cameron officiating assisted by Reverend Keith Thomas. Burial will be at a later date following cremation. Family flowers only, donations may be made to War Amps of Canada or to the Port Mouton United Church.  Online condolences may be made to www.chandlersfuneral.com

Offer Condolence for the family of Rolland, Arthur George