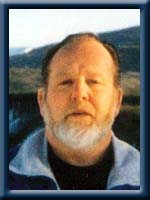 Zwicker, Owen Albert, 68, of Charleston, passed away on Monday, May 21st, 2012, in the Queens General Hospital, Liverpool, surrounded by his loving family.

Born on Charleston, Queens County, he was a son of the late Guy and Areatha (Rhyno) Zwicker.

Owen spent most of his working life in the construction business, spending over 38 years at Aberdeen Paving, in Bedford, before moving to Edmonton, where he worked for 6 years at G&J Paving.  He was a loving husband, father and grandfather. He loved spending time at his cottage in Vaughn, Hants County. Owen enjoyed watching sports and was a fan of the Montreal Canadiens.

He was predeceased by a son Stacy; sister Serena and a brother Merrill.

Cremation has taken place under the direction of Chandlers’ Funeral Home, Liverpool. A Celebration of Owen’s life will be held on Friday, May 25th, 2012, at 11:00 a.m., from Chandlers’ Funeral Chapel, Liverpool. Reverend Corey Pickens officiating. Burial will be in the New Charleston Community Cemetery, Charleston. No flowers by request, donations may be made to the Queens General Hospital Foundation or to a charity of your choice. Online condolences may be made to the family at www.chandlersfuneral.com

Offer Condolence for the family of Zwicker; Owen Albert