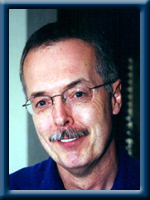 Born April 8, 1947 in Langenburg, SK., Kelly was the son of the late Ewald and Eleanor (Graf) Yeske.

Kelly grew up on a farm in this close-knit community with a large extended family. His upbringing inspired in him a love of nature, a strong work ethic and a gift for story telling which was a family tradition. Kelly taught at Strathcona Composite High School in Edmonton for thirty-one years. Never the stereotypical mathematics teacher, Kelly’s sense of humour and excellent teaching skills inspired many students. He had a well-deserved reputation as an exceptional teacher and mentor to his colleagues.

After several visits to Nova Scotia, Kelly and his wife, Frances, moved to Liverpool in the spring of 2003 planning to stay only one year. However they both embraced the beauty and lifestyle on the South Shore as well as their many new friends, and decided to make this their home. Kelly loved being part of the Seaside Strummers and the South Shore Ukulele Players. He was an avid reader, Sudoku master, Coronation Street devotee, genealogist and gardener extraordinaire. Kelly’s dogs brought him many hours of joy over the years. Kelly and Frances travelled extensively and especially enjoyed their last trip across Russia on the Trans-Siberian Railroad. Kelly’s keen intellect, quick wit, phenomenal memory and infectious sense of humour will be sorely missed by family and friends.

He was predeceased by his parents, Ewald and Eleanor, his parents-in-law Peter and Agnes VanJoff and his brother-in-law Bjorn Gislason.

Cremation has taken place under the direction of Chandlers’ Funeral Home, Liverpool. At Kelly’s request, there will be no funeral service. Donations may be made to the Queens General Hospital Foundation, P.O. Box 528, Liverpool, NS B0T1K0 or to the SPCA. Online condolences may be made to www.chandlersfuneral.com

Offer Condolence for the family of Yeske; Warren Kelly