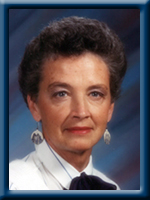 WYER – Vivian Marie (Burke) 77, of Greenfield, Queens County, passed away peacefully in Queens General Hospital, Liverpool on Friday, May 22, 2015 surrounded by her loving family.
Born in Englishtown, NS, she was a daughter of the late James J. and Mary Ann “Nan” (Urquhart) Morrison.
Vivian grew up in Baddeck, where she embraced her Scottish and Gaelic heritage. She started Highland dancing and bagpiping at an early age and became a well-decorated champion dancer and chartered member of the Sydney Girls’ Pipe Band which was created by the Gaelic College at St. Ann’s, where she spent time during many summers.
After graduating from Baddeck Rural High School in 1954, she was recruited to attend Flora MacDonald College in North Carolina on a scholarship. In accordance with the terms of the scholarship, in addition to her studies, she became the Highland dance instructor and represented the college throughout the region dancing, playing the pipes and singing in Gaelic at events. She was also instrumental in organizing the area’s first Highland Games. By the time she graduated with her B.S. in Business Education in 1958, she had held numerous offices in student organizations, including President of the Student Council. She appears in the “Who’s Who Among Students in American Universities and Colleges” 1957-58 Edition.
Some of Vivian’s favourite highlights of her piping and dancing career included piping on the White House Lawn during the 1953 Easter Egg Hunt, piping at the International Lion’s Convention and Parade in Chicago, piping at the opening of the Canso Causeway in 1955, and piping for U.S. Vice President Adlai Stevenson. Her picture also appeared in the June, 1964 Edition of National Geographic , where she is shown performing the Highland fling in full dress uniform at Beinn Breagh, the summer home of Alexander Graham Bell .
In March of 2008, Vivian traveled back to North Carolina to attend the National Scottish Heritage Symposium Awards Banquet. She was presented with the Flora MacDonald Award and Medallion for her efforts in promoting Scottish heritage. In recognition of this accomplishment, Vivian was presented with a certificate by the Region of Queens Municipality.
During Vivian’s teaching career she taught Business, Math, Consumer Education, and Law. She held teaching positions at Acadia University, the Halifax Community College, Baddeck Rural High School, Robert Leckie School in Goose Bay, Labrador, and Liverpool Regional High School. She retired from teaching in 1996, while part of the Math Department at LRHS. Her students and coworkers remember her dedication, strength of character and commitment to students.
While in Liverpool, Vivian was very involved in her school and community. She taught highland dancing, and was involved for many years with the Queens County Musical Festival. She was also involved with the VON, Liverpool Curling Club and Kinettes.
Surviving are her husband Keith, her daughters Annette Burke (Allan Steele) of Liverpool, Wendy (Piers) Hazeldine of Greenfield, her sons Sean (Cheryl) of Leitches Creek, NS, Ronald (Annette) of Greenfield, grandchildren Mitchell and Kelcie Burke, Brynn, Gareth and Callum Steele, Tia (Nigel) Crouse, Heidi (Alan) Broome, Dana Hazeldine (Cam), Ryan and Robyn Wyer., great granddaughter Aria Crouse. Brother Calvin (Mona) of Comox, BC
She was predeceased by her first husband Colin Joseph Burke and sister Annette Marie.
Cremation has taken place under the direction of Chandlers’ Funeral Home, Liverpool. A Celebration of Vivian’s life will take place on Saturday, May 30, 2015 at 2;00 p.m. in Greenfield United Baptist Church. Reverend Wade Harvey officiating. Family flowers only, donations may be made to the Queens General Hospital Foundation, the Greenfield Fire Department or to a charity of your choice. Online condolences may be made to www.chandlersfuneral.com. Thanks to Dr. Woodford and the nursing staff at Queens General Hospital for their exemplary and sensitive care.

Offer Condolence for the family of Wyer; Vivian Marie (Burke)