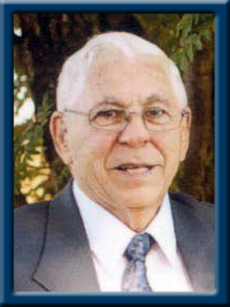 Bligh Edward Woodworth – 84 of Liverpool, Nova Scotia, passed away peacefully with loving family by his side on Friday, October 21, 2022.
Born in Steam Mill, NS, he was the son of the late Frank and Blanche (Bennett) Woodworth.
Bligh served as a member of the Royal Canadian Air Force, and later retired as a long service employee of Bowater Mersey Pulp and Paper Co. He is best remembered as a loving brother, devoted husband and father, a highly motivated community member, and for his love of the game of bridge, and interest in promoting, playing, mentoring and coaching in the sports of hockey and curling.
He is survived by his sons Bligh Jr (Betty), David, and Peter (Cindy). In addition, seven grandchildren and four great children. He is pre-deceased by his wife of sixty-one years, Jacqueline (Blakely) Woodworth: four sisters, Mary, Grace (Francis) Deal, Elsie (Neil) Zwicker, and Rita (Clarence) Nickelson; three brothers, Edgar, Wilfred and Lloyd. He will be greatly missed by his family and friends.
Cremation has taken place under the direction of Chandlers’ Funeral Home, Liverpool, NS and a private service for family and friends will take place later in Miramichi, NB. No flowers please. In lieu of, donations may be made to St Gregory’s Roman Catholic Church or the Queens Hospital Palliative Care Unit. Online condolences may be made to www.chandlersfuneral.com.
A special thank you to all who helped to care for Bligh over the past year – Dr. Jennifer MacDonald, Dr. Caldeira, Dr. Munro, the staff and nurses of Queens General Hospital, and the staff of the Queens General Palliative care unit. A special thank you to the staff of the Victorian Order of Nurses and both Leanne (Beck) INNESS and Ray EISNOR for your kindness, professionalism and the countless days of friendship and support you spent with Bligh, which could never be measured.

Offer Condolence for the family of Woodworth; Bligh Edward