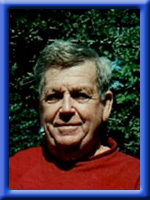 Born in Brooklyn, Queens County, he was a son of the late Fred and Rhoda (Roos) Wood.

Peter was a former employee with Bowater Mersey Paper Company Limited and retired as a paper maker after forty years. He was a member of Mersey Branch #38, Royal Canadian Legion, Liverpool. A gentle and compassionate man, Peter leaves family and friends with many fond memories that have been shared with him.

He is survived by his daughter Pamela (Jeff) Wells of Bridgewater. Grandsons: Jay of Halifax and Ian of Bridgewater. His sisters: Shirley (Ian) Phinney of Chester Basin and Donna (Jim) MacEachern of Victoria, BC.

He was predeceased by his sons: Brent and Trent and his former wife Marina (Richard).

Visitation will be Thursday, December 10th, 2009 from 7 until 9 p.m. in Chandlers’ Funeral Chapel, Liverpool.and funeral service will be Friday, December 11th, 2009 at 1:00 p.m. in Trinity Anglican Church, Liverpool. Chaplain Donald Lawton officiating. Burial will be in Trinity Anglican Cemetery, Liverpool. No flowers. Donations may be made to Canadian Cancer Society or to the Canadian Cystic Fibrosis Association. Online condolences may be made to www.chandlersfuneral.com

Offer Condolence for the family of Wood, Peter William