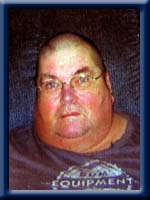 WOLFE—James E.,  It is with great sadness that the family announces the passing of James Everett Wolfe, 60, of Milton, at Queens General Hospital, Liverpool on Wednesday, February 15th, 2012.

Born in Liverpool, he was a son of the late Anna Estelle (Roy)(Whynot) and James Lewis Wolfe.

James worked on the river with his father then at Steel and Engines as a rigger for 25 years.

He is survived by his wife of 30 years Debbie (Huey), son Michael (Lynne Guest) at home.

He was predeceased by a daughter Brenda Lee and brothers Rodney and Charles Roy.

Cremation has taken place under the direction of Chandlers’ Funeral Home, Liverpool. Private burial at a later date. Donations  to the family would be greatly appreciated. On line condolences may be made to www.chandlersfuneral.com

Offer Condolence for the family of Wolfe; James Everett