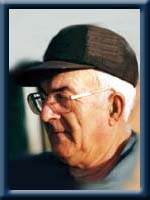 Born in Western Head, he was a son of the late William and Hilda (Guest) Wolfe.

He served overseas during World War II with the West Nova Scotia Regiment from 1941 to 1945 and was involved with the liberation of Sicily and Holland. A self-employed fisherman for 47 years, he enjoyed carpentry work, gardening and enjoyed spending time with his family, especially his grandchildren.

He was predeceased by his sister Kathleen Conrad. Brothers Archie, Raymond, Kenneth and Willie.

Offer Condolence for the family of Wolfe; Harold Frederick