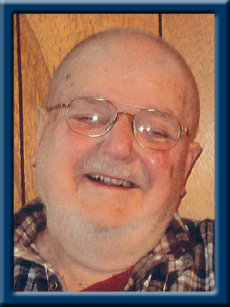 WOLFE – Gerald L., 90, of Mersey Point, Queens County, passed away at home on February 22, 2019.
Born in Milton, he was the son of the late Samuel and Hilda (Foster) Wolfe.
Gerald worked in the woods in his younger years teaming horses to haul out wood. He was a mechanic for Long’s Bus Line and drove bus before he was sixteen. He worked for Mosher and Rawding building wharves throughout Nova Scotia until his retirement in 1993. He enjoyed taking his granddaughter for tractor rides around his property.
Gerald is survived by his wife of seventy years Phyllis (Levy); his daughters Betty (Frank) Beals of Liverpool, Noreen (Walter) MacDonald of Mersey Point, Dolly (Paul) LeBlanc of Upper Sackville, Krista (Troy) Forrest of Dartmouth. Grandchildren Amanda (Jason) Kotler of Charlottetown, PEI, Natasha Beals (Aaron Keely) of Bridgewater, Scott MacDonald (Jessica Turner) of London, ON, Cole (Tianna) MacDonald of Western Head, Crystal (Kenny) James of Middle Sackville, Jason (Holly) LeBlanc of Calgary, AB, Tanisha (Billy) MacDonald and MarieJoseph. Great grandchildren Ellis Keeley, Alexander and Isabella James, Addison and Sophie LeBlanc. Sisters Frances Tullock and Eleanor Allison, both of Edmonton, AB. Brother Arnold (Rosetta) Wolfe of Brooklyn. Many nieces and nephews.
Gerald was predeceased by his granddaughter Tasha Smith, and brothers Irving, Murray and infant Donald.
Cremation has taken place under the direction of Chandlers’ Funeral Home, Liverpool. At Gerald’s request, there will be no service. No flowers. Donations may be made to Queens General Hospital Foundation or the IWK Children’s Hospital, Halifax, NS.
Online condolences may be made to www.chandlersfuneral.com

Offer Condolence for the family of Wolfe; Gerald LeRoy