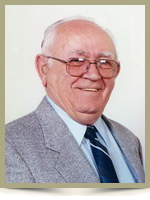 Visitation will be held on Thursday, January 29th, 2015, from 7:00 – 9:00 p.m., and a Celebration of Francis’s Life will be held on Friday, January 30th, 2015, at 11:00 A.M., both From Chandlers’ Funeral Home, Liverpool. Reverend Dr. Steven Hopper officiating. Family flowers only. Donations may be made to the Brooklyn United Baptist Church, Canadian Cancer Society or to the Alzheimer Society of Nova Scotia. Online condolences may be made to the family at www.chandlersfuneral.com

Offer Condolence for the family of Wolfe; Francis Lamont