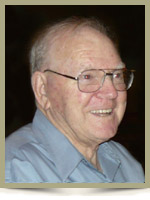 Born in Liverpool, he was a son of the late Gilbert and Mantana (Godfrey) Winters.

He was a long-time employee of Bowater Mersey as an electrician. Donnie, or Mr. Fix It, as he was affectionately known by his family and many friends could also be described as an independent thinker. He lived his life to the fullest, accomplished his dreams and shared them with others. He enjoyed piloting his plane and sailing his boat, far and abroad. He was a multi-talented, multi-faceted man, who will be greatly missed, but constantly be remembered when we look into the faces of his grandchildren and great-grandchildren.

He was predeceased by brothers Gilbert “Kaye” and Dale.

Cremation has taken place under the direction of Chandlers’ Funeral Home, Liverpool. A private family service will be held at a later date.  No flowers by request, donations may be made to the Queens General Hospital Auxiliary Fund, the Canadian Cancer Society or to the Canadian Diabetes Association. Online condolences may be made to www.chandlersfuneral.com

On your journey into your “next life” may your soul soar high.

Offer Condolence for the family of Winters; Miles Donovan “Donnie”