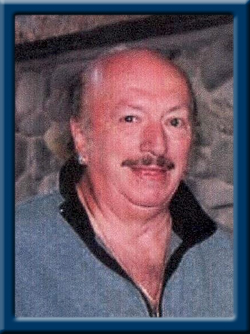 Born in Liverpool, he was a son of the late Hermann and Agnes (Colp) Winters.

Joe served with the Royal Canadian Navy and worked for DND Navy Dockyards, Halifax for 22 years. He was a talented folk artist and was well known throughout Nova Scotia for his creations including the “Little People” at White Point Lodge.

He is survived by his wife Marilyn (Wamback) and many close friends whom he considered his family.

He was predeceased by his son Terry, his sister Constance and his brother Gordon.

Cremation has taken place under the direction of Chandlers’ Funeral Home, Liverpool, where family will receive friends and personal condolences on Saturday, February 6, 2016 from 1:00 until 2:00 p.m. and words of remembrance will be said at 2:00 p.m.. Reception to follow. No flowers. Donations may be made to Integrity’s Haven Equine Rescue Centre, Chester Basin or to any charity. Online condolences may be made to www.chandlersfuneral.com. In memory of Joe’s creativity, it is requested those attending on Saturday, please wear bright colors.

Offer Condolence for the family of Winters, Joseph Drummond