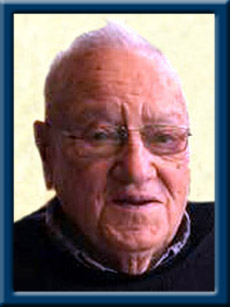 WINTERS – Horton Earl, 90, of Liverpool, NS, passed away suddenly in Queens General Hospital, Liverpool on Monday, December 23, 2019.
Born in Liverpool, Horton was a son of the late Neil and Gladys (Demone) Winters.
Horton was a master mariner by the age of 27 and sailed many different places around the world. He worked for the Markland Shipping Company sailing aboard the Vinland for Bowater Mersey Paper Company. He also worked for the Department of Fisheries and Oceans before working with Atlantic Pilotage Authority, Halifax as a harbour pilot. He was a member of Trinity Anglican Church and the Lions Club. Horton enjoyed spending summers at his cottage on Ponhook Lake, attending church suppers and socializing in general. He will be lovingly remembered as a devoted husband, father and grandfather.
He is survived by his wife of 64 years Marguerite (Fralic); his daughter Anne (Peter) Trask of Dartmouth, his sons Brian (Tammy Fralic) of Liverpool and Scott (Valerie) of Greenfield. His grandchildren John (Allie) Trask, Kate Trask (Dan Moran), Zachary Winters (Ayisha Malik), Ashton Winters and his great granddaughter Hanna.
Arrangements are under the direction of Chandlers’ Funeral Home, Liverpool. Funeral service will be Friday, December 27, 2019 at 1:00 p.m. in Trinity Anglican Church, Liverpool. Reverend Cherry Workman officiating. Reception to follow in the church hall. Burial will be in Trinity Anglican Cemetery, Bog Road, Liverpool. Family flowers only, donations may be made to Trinity Anglican Church or charity of your choice. Online condolences may be made to www.chandlersfuneral.com

Offer Condolence for the family of Winters; Horton Earl