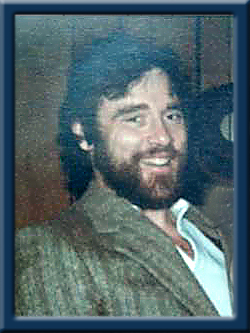 Winters, David Chandler, 65, of Milton, N.S. passed away suddenly on Thursday, April 19, 2018.
Born in Liverpool, N.S. on September 18, 1952, he was the son of the late Vic Winters and Elizabeth Chandler Winters Haslam and stepson of the late Gerald Haslam.
Dave had an immense appreciation of nature and loved spending time at the beach with his daughter walking the dogs.
Survived by daughter Crystal Winters of Halifax, brothers Douglas (Dorothy) of Brooklyn, and Gary (Cherie) of Bedford as well as stepsister Sue (Jim) Waddington of Hamilton, Ont. as well as one niece and six nephews. Also survived by aunt Kaye Chandler of Port Mouton, N.S.
Cremation has taken place under the direction of Chandlers’ Funeral Home, Liverpool. A grave side service will be held Saturday, August 18th, 2018, at 1:00 p.m., from Trinity Anglican Cemetery, Bog Road, Liverpool. Reverend Judy Cross officiating Online condolences may be made to www.chandlersfuneral.com

Offer Condolence for the family of Winters; David Chandler