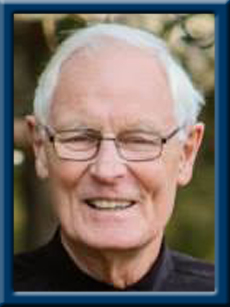 WINCHESTER – Garnett, of Brooklyn, Queens County
On Monday, September 2nd, 2019, Garnett passed away holding Jan and Liz’s hands, with his children by his side.
Garnett was born on April 6, 1942 in Summerside, PEI to Stan and Vesta (Barrett) Winchester moving to Brooklyn in 1953.
Garnett was proud to be a “working man” and worked long and hard. He was at Bowater Mersey, Astoria Beverages “Pepsi plant” and Mersey Seafoods and proudly built his own business. He was a “fixer” right to the end and if he could not fix it, you probably didn’t need it, anyway. He was a long time member of the Kinsmen Club and K-40, holding every office sometimes even twice.
Garnett leaves his wife of 41 years, Jan, his sons Rodney (Maria), Rob (Heather) both of Brooklyn, Nathan (Sarah) of Alberta, and his favorite daughter Liz (Jeff Connolly) of Liverpool. His sister Viola Adams of Bedford and his cousin Shirley Croft of Liverpool along with cousins in PEI. He was the proud grampa to nine grandchildren and leaves a large circle of Friends whom he cared for so much and he will be missed by so many.
Cremation has taken place under the direction of Chandlers’ Funeral Home, Liverpool. A celebration of Garnett’s life will be held on Friday, September 6, 2019 from 7 until 9 p.m. in Chandlers’ Funeral Chapel, Liverpool. No flowers by request. Donations may be made to a charity of your choice. Online condolences may be made to www.chandlersfuneral.com
Thank you to Dr. Detoit, Dr. Cosh, the wonderful staff of nurses at Queens General Hospital as well as Dr. Tim Woodford for helping us through the final hours. Your care and compassion is beyond the call. the VON girls, Family Medical in Yarmouth – amazing- he loved you all.

Offer Condolence for the family of Winchester; Garnett Stanley