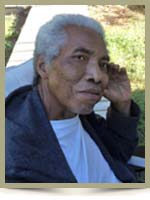 WILLIAMS; Noel Arnold,  61, of Brooklyn, Queens County, passed away peacefully with his family by his side on Tuesday, October 23rd, 2012 after a courageous battle with cancer.

Born in Trinidad, West Indies, on December 18, 1950, he was a son of the late Una Sylvia Williams and Francis Felix Poon.

Noel immigrated to Toronto in 1969 to begin his career with McCormick Canada as an electrical engineer until his retirement in 2002. He met and married his wife, Verna, in 1975, and together raised three sons. During his working years, Noel, being a creative and brilliant man, invented and built his company Greenline Products Inc. and holds a patent for his Sure Seal beverage lid machine and was continuing with this project in Nova Scotia. Up until the time of his death, Noel was working with Oickle’s Electric as an electrical engineer at Resolute Forest Products.

Family was everything to Noel. Vacations and free time were spent teaching his sons how to fix and build just about anything. He enjoyed cheering on his beloved Maple Leafs and travelling with his wife, sons and in- laws. Their many road trips to Nova Scotia will be fondly remembered as a source of comfort and joy in the years to come. He will be deeply missed by family and friends.

Noel is survived by his wife of  37 years, Verna (Roache), formerly of Lockeport. His sons Noel Jr. of Brooklyn and Roger of Toronto. His brothers Mark and Shawn, both of Toronto. His extended family in Trinidad, his uncles, aunties and many cousins, nieces and nephews.  His father- in-law Herman Roache of Lockeport.

He was predeceased by his  youngest son Richard at the age of 14. His mother-in-law Evelyn Roache.

Cremation has taken place under the direction of Chandlers’ Funeral Home, Liverpool. Funeral service will be held Monday, October 29th, 2012 at 11:00 a.m. in St. Andrew’s Anglican  Church, Brooklyn. Chaplain Donald Lawton officiating. No flowers by request, donations may be made to a charity of your choice. Online condolences may be made to www.chandlersfuneral.com.

Offer Condolence for the family of Williams; Noel Arnold