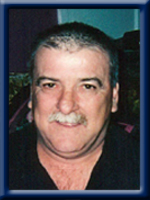 WILLIAMS – David G., 61, of Liverpool, Queens County, passed away peacefully on Sunday, December 14, 2014 in Queens General Hospital.
Born in Liverpool, he was a son of the late John and Etta (Roy) Williams.
David was a fisherman all his life. In his spare time he enjoyed playing darts and bowling.
He is survived by his wife Peggy (Knox)(Malone); his children Gordon of Calgary, Tina Wilson of Blockhouse, Lynn Risser of Liverpool, Arthur (Lynn) Malone of Milton, his grandchildren Chris Wilson, Blair Wilson, Kyle Risser, Kim Foster, Jessica Clattenburg, Kyla Malone, Marissa Malone, Atan Williams, great-grandchildren Leah Clattenburg, Payton Foster, Paige Foster, Nevada Gavel, Kale Langille, Jersey Conrad, his sisters Daisy (Phillip) Broome of Port Mouton, LaDonna Williams (Greg Balcom) of Port Mouton, brothers Stephen (Linda) of Port Mouton, Michael of Ontario, John Jr. (Elaine) of Port Mouton, Kevin (Rosie Johnson) of Port Mouton, Larry of Chester, Wade (Marjorie) of Hunt’s Point.
He was predeceased by a son Robert.
Cremation has taken place under the direction of Chandlers’ Funeral Home, Liverpool. There will be a celebration of David’s life at a later date in the New Year. No flowers by request, donations may be made to the Victorian Order of Nurses, Queens County Branch or the Queens County S.P.C.A.. Online condolences may be made to www.chandlersfuneral.com

Offer Condolence for the family of Williams; David Gordon