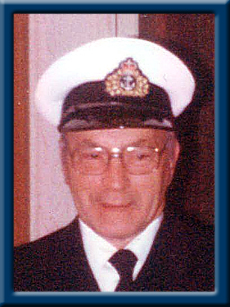 WILLIAMS – C. Loraine, 90, of Port Mouton, Queens County, passed away peacefully on October 9, 2018 in Valley Regional Hospital, Kentville.
Born in South West Port Mouton, Queens County, Loraine was a son of the late Kenneth and Alberta (Daury) Williams.
Loraine was an engineer for the Department of Fisheries and Oceans for thirty years. Prior to his career with DFO, Loraine fished for Swim Brothers out of Lockeport.. He was an avid traveller having visited all the provinces and territories in Canada as well as all the continental states in the US. He enjoyed berry picking, snaring rabbits, dancing and variety shows.
Loraine is survived by his daughter Martha Labour of Port Mouton; his grandchildren Natasha (Cory) Wamboldt of Port Mouton, Nicole Labour (Alex Comeau) of Brooklyn; Nicholas Labour (Brianna Andrews) of Port Mouton. Great grandson Jase Wamboldt and a number of nieces and nephews.
Loraine was predeceased by his sister Geraldine Smith.
Cremation has taken place under the direction of Chandlers’ Funeral Home, Liverpool. Funeral service will be Saturday, October 13, 2018 at 11:00 a.m. in Chandlers’ Funeral Chapel, Liverpool. Reception to follow. Family flowers only, donations may be made to a charity of your choice. Online condolences may be made to www.chandlersfuneral.com
The family wish to thank the doctors and nurses at Valley Regional Hospital and the staff at Grandview Manor for their compassionate care shown to Loraine.

Offer Condolence for the family of Williams; C. Loraine