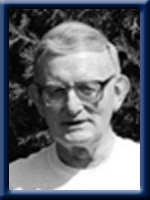 Neil Robert Wilkinson passed away peacefully on April 15, 2011 in Liverpool, Nova Scotia at the age of 81 years. Neil was born in Leduc, Alberta on April 1, 1930, the eldest child to Edmund and Dorothy. Neil is survived by 5 siblings, Joan, Joyce (Bill), Doreen (Herman), Alan, and Donna (Ron) all whom reside in Alberta. Neil retired to Nova Scotia after a long and successful career with the Bank of Montreal which took him from Leduc to Calgary, Alberta, Frobisher Bay in the Northwest Territories and on to Montreal, Quebec. Neil was an avid gardener and he lived a quiet life in a small cottage where he could spend his time reading and tending to his gardens. Neil had a quick wit, keen mind and a creative spirit. He will be fondly remembered by family and friends. Cremation has taken place under the direction of Chandlers’ Funeral Home, Liverpool. There will be no funeral service as per Neil’s wishes. Donations may be made to any charity in his memory. Online condolences may be made to www.chandlersfuneral.com

Offer Condolence for the family of Wilkinson; Neil Robert