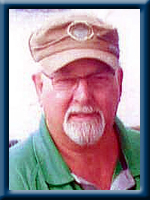 WIGGLESWORTH- Douglas G., 77, of Milton, Queens County, passed away peacefully at home on Wednesday, February 18, 2015 with his family by his side.
Born in Liverpool, he was a son of the late Graham and Carrie (Kaulback) Wigglesworth.
Doug was a pipefitter with Steel and Engine Products Limited (STENPRO) of Liverpool for over thirty years until his retirement. He enjoyed the outdoors; hunting and fishing as well as sports such as golf and curling and, in his later years, woodworking. Doug loved spending time with his family, especially his grandchildren, with whom he would play video games.
He is survived by his wife Carol (Freeman); daughters Julie Wigglesworth (Ritchie Lake) and Wendy (Larry) Whynot, both of Milton; son Gregory (Shannon) of White Point, grandchildren Tamika Grant, Jennifer Whynot, Jared and Colton Wigglesworth, sister Shirley (Roy) Pond of Dartmouth, brothers Melbourne (Shirley) of Sault Ste. Marie, ON, Francis (Mitzie) of Kanata, ON.
Cremation has taken place under the direction of Chandlers’ Funeral Home, Liverpool, NS. At Doug’s request, there will be no funeral service. Donations may be made to the Nova Scotia Lung Association, the MS Society or to any charity. Online condolences may be made to www.chandlersfuneral.com

Offer Condolence for the family of Wigglesworth; Douglas Graham