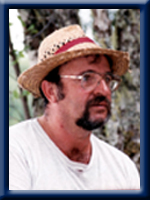 Born on March 21st, 1953, in Liverpool, he was a son of Rosaline (Crossland) Whynot, of Danesville and the late Carl Whynot.

He was predeceased by a sister Gloria Nowe.

Cremation has taken place under the direction of Chandlers’ Funeral Home, Liverpool. Visitation will be held Tuesday, August 31st, 2010, from 7-9 p.m., at Chandlers’ Funeral Home, Liverpool. A Celebration of Wilson’s Life will be held Wednesday, September 1st, 2010, at 11:00 a.m., from the Danesville United Church, Danesville. Reverend Vivian Moores officiating. Burial will be in the Family Cemetery in Danesville. Family flowers only. Donations may be made to Danesville United Church, Queens General Hospital Foundation or to the Canadian Cancer Society. Online condolences may be made at www.chandlersfuneral.com

Offer Condolence for the family of Whynot, Wilson Carl