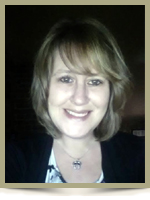 Born in Liverpool, she was a daughter of Georgina Whynot, of Chelsea and Manley Whynot, of Milton.

Vilda worked at Queens Manor before going to work in homecare. She graduated from Queens Adult High School in 2005 and was the recipient of the Governor General’s Medal. She also graduated with honors from Nova Scotia Community College in 2007 with her Continuing Care Assistant Course. She enjoyed reading and walking.

She was predeceased by a daughter Brooke.

Cremation has taken place under the direction of Chandlers’ Funeral Home, Liverpool.

Visitation will be held on Thursday, January 1st, 2015, from 7:00 – 9:00 p.m., and a Service of Remembrance will be held on Friday, January 2nd, 2015, at 2:00 p.m., all from Chandlers’ Funeral Home, Liverpool. Father Keith Billard officiating. Burial will be in St. Joseph’s Catholic Cemetery, Chelsea. Family flowers only. Donations may be made to the family. Online condolences may be made to the family at www.chandlersfuneral.com

Offer Condolence for the family of Whynot; Vilda Maxine