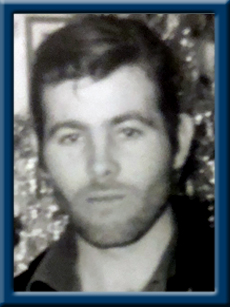 Whynot – Roger H. 74, of White Point, Queens Co., passed away suddenly at home on Thursday, June 4, 2020.
Born in Milton, Queens County, Roger was a son of the late Herbert and Olive (Wamboldt) Whynot.
In his younger years, Roger loved going to the Old Garden Road on the weekends in his old truck to visit friends at their camps and to cut firewood. He worked for New System Laundry, Thompson Transfer, C.W. MacLeod Fisheries, GE Trucking Recycling and finally the Region of Queens Recycling before his retirement at the age of 70. He enjoyed tinkering with power saws and lawn mowers and working on his kids’ cars. His favourite place was on the swinging chair in his backyard and in his barn.
Roger is survived by his wife of 55 years, Patsy (Whynot); his daughter Penny of Liverpool and his sons, Stephen (Heather) of Brooklyn, Tony of White Point, Jeffrey (Eric) of Sandy Cove and Brian (Sandy Shankel) of St. John, NB. His grandchildren Nathan, Kelsey, Isaac, Cody, Brandon, Kyle, Cameron, Daniel and Michael. His brothers Elwood (Paula), Jordon (Catherine), Irving (Jeanette) and Cecil (Lucille) all of Milton.
Besides his parents, Roger was predeceased by his sisters Doris Whynot, Kay Lake, Betty Whynot, Mary Balcolm and a younger sister, Mary. His brothers Herbert Jr. and Ronald.
Cremation has taken place under the direction of Chandlers’ Funeral Home, Liverpool, NS. At Roger’s request, there will be no funeral service. No flowers, donations may be made to a charity of your choice. Online condolences may be made to www.chandlerfuneral.com

Offer Condolence for the family of Whynot; Roger Harry