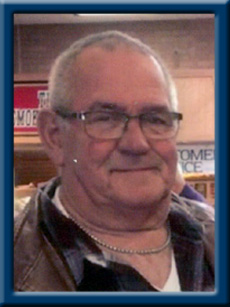 WHYNOT – Robert Arden, 78, of Milton, Queens County, passed away peacefully at home on Friday, July 29, 2022.
Born in Milton, Robert was a son of the late Colder “Leamont” and Dorothy (Hirtle) Whynot.
In his younger years, Robert worked at various fish plants as well as Steel and Engine Products Limited (STENPRO). He then went on to work with Farmer’s Dairy as a merchandiser and retired in 1992. Robert enjoyed wrestling and working a small hobby farm which was called “Bob’s Funny Farm”. Family and church were the most important people in his life.
Robert is survived by his wife Cynthia; his daughter Katrina (David) Zwicker of Milton and his son Chad (Tanya) of Kingston. His grandchildren Stacey Ramey, Desiree Morrison, Jonathan and Whitney Whynot. His great grandchildren Ava, Grayson, Allie and Brielle. His sisters Florence Wamboldt of Liverpool, Barbara Kenny of Kitchener, ON. His brother Eldridge (Phyllis) of Milton.
Besides his parents, Robert was predeceased by his great granddaughter Lilly Rose Whynot.
Cremation has taken place under the direction of Chandlers’ Funeral Home, Liverpool. A service in Bob’s memory will be held August 13, 2022 at his home, 75 Glenwood Street, Milton. Online condolences may be made to www.chandlersfuneral.com

Offer Condolence for the family of Whynot; Robert Arden