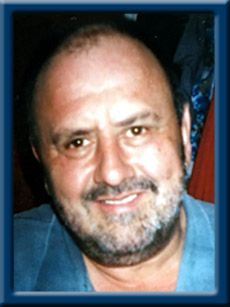 WHYNOT – Richard “Ricky” Churchill, 65, of Liverpool, Queens County, passed away peacefully in Queens General Hospital on Sunday, June 28, 2020.
Born in Liverpool, Ricky was a son of the late Wm. Reginald and Marion Mae (Wagner) Whynot.
Ricky worked for Dagley’s Irving and was a former janitor for Brooklyn School. He worked at the Warehouse Store in Liverpool until he graduated from Shelburne Vocational School as a carpenter. Ricky also worked at the Recycling Depot. He had a passion for animals especially his dogs that were in his life. Hannah, Maggie, and Stella.
Ricky loved his country music, schooner beer, and Captain Morgan back in the day. He loved singing karaoke and he is well known for singing his favourite song Achy Breaky Heart. Ricky loved to build things, but his pride and joy was his granddaughter Emery Raelynn.
Ricky is survived by his daughter Amy (Sarah) Croxen of Brooklyn, his granddaughter Emery Raelynn Croxen; his sisters Patsy Whynot of Liverpool, Margaret (Carleton) Manthorne of Mill Village and Sharon (Adrien) Westlake of Western Head. His brothers St. Clair (Janet) and Peter (Joan) both of Liverpool and Stephen (Doreen) of Brooklyn.
Besides his parents, Ricky was predeceased by his wife Marsha (Lyle), his daughter Kellyann Lynn Whynot; sisters Barbara Fancy, Mae Awalt and Phyllis Soderstrom and brothers John “Jack”, Wilfred “Buzzy”, Paul, Clifford and Gilbert “Gillie”.
Cremation has taken place under the direction of Chandlers’ Funeral Home, Liverpool. A graveside memorial service will be held Thursday, July 2, 2020 at 11:00 a.m. in Trinity Anglican Cemetery, Bog Road, Liverpool. Reverend Judy Cross officiating. No flowers by request, donations to a charity of your choice. Online condolences may be made to www.chandlersfuneral.com.

Offer Condolence for the family of Whynot; Richard “Ricky” C.