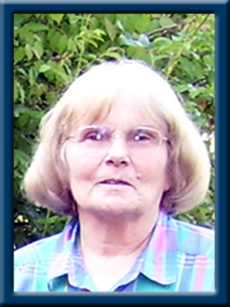 WHYNOT – Reta M., 84, of Liverpool, NS, passed away peacefully at home on Thursday, September 3, 2020.
Born in Milton, Reta was the oldest child of the late Lawrence and Nina (Whynot) Whynot.
In her early years, Reta worked for Pentz Hardware on Market Street, Liverpool. She then went to work at the Royal Bank of Canada; first in Liverpool, then Halifax and Toronto, returning to the Liverpool branch and retiring in the early ‘90’s after 37 years. After her retirement from the bank, Reta worked for Tim Horton’s and was one of their biggest fans. She loved to watch baseball; her favorite team being the Boston Red Sox and was fortunate to attend one of their home games with her mother, Nina. She enjoyed travelling throughout Canada and the United States and even took her nieces and nephews to Disneyland and to PEI. She loved her nieces and nephews and was like a mother to them all.
Reta is survived by her sister Sharon (Earl) Mossman of Liverpool and her brother Manley of Milton. Her niece Chelsea Whynot and nephews Eric Wolfe Jr., Ron Shupe, Jason Wolfe and Ashley Whynot.
Besides her parents, Reta was predeceased by her sisters Valarie Wolfe, Debra Shupe and infant sister Maxine. Her nieces Sheri Doucette, Vilda Whynot and Brooke Whynot.
Cremation has taken place under the direction of Chandlers’ Funeral Home, Liverpool. A private family graveside memorial service will be held Sunday, September 6, 2020 at 1:00 p.m. in Milton Community Cemetery. No flowers, donations may be made to a charity of your choice. Online condolences may be made to www.chandlersfuneral.com

Offer Condolence for the family of Whynot; Reta Margaret