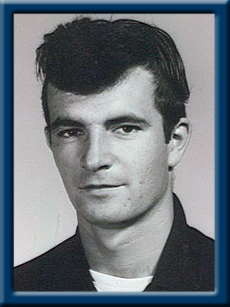 WHYNOT – Randy H., 70, of Mersey Point, Queens County, passed away peacefully at home on Tuesday, July 17, 2018.
Born in Liverpool, he was a son of the late Ralph and Mildred (Dolliver) Whynot.
Randy was a former employee of Bowater Mersey Paper Company Limited working as a stevedore, a spare and eventually in the lab , where he retired in 2001. In his younger years, Randy enjoyed playing baseball and darts. He also enjoyed hunting and fishing, time at the cabin and spending time with his family especially his grandchildren and also his beloved dogs, Prince and Max.
Surviving are his wife of 46 years Debra (Smith); his daughters Shelley (Bub) Rogers of Milton; Shannon (Greg) Wigglesworth of White Point; his son Jamie (Tasha Huskins) of Liverpool. His grandchildren Jared and Colton Wigglesworth, Natalie Rogers and Jakoby Whynot. Sisters Brenda (Lawrence) Boutilier and Doris (George) Levy, both of Mersey Point; Patricia Smith of Bridgewater.
Randy was predeceased by his brothers Mitchell and Ralph Jr.
Cremation has taken place under the direction of Chandlers’ Funeral Home, Liverpool. There will be no funeral service. No flowers by request. Donations may be made to the Kidney Foundation or the Diabetes Association. Online condolences may be made to www.chandlersfuneral.com

Offer Condolence for the family of Whynot; Randy H.