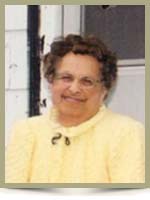 Born in Halifax, she was a daughter of the late John and Mary (Mahar) Gritt.

She was a loving wife, mother, grandmother, great-grandmother, sister and friend. There was nothing Phyllis enjoyed more than spending time with her family and her dog Snuggles. She was a volunteer for many years at the Milton Bingo and an active player right up until her final days. She helped her family run a canteen in Milton for many years.

Visitation will be held on Tuesday, July 2nd, 2013, from 7-9 p.m., from Chandlers’ Funeral Home, Liverpool. A Celebration of Phyllis’s life will be held on Wednesday, July 3rd, 2013, at 11:00 a.m., from the Milton Baptist Church. Reverend Corey Pickens officiating. Burial will be in the Milton Community Cemetery. Family flowers only. Donations may be made to Milton Baptist Church or to the Queens General Hospital Foundation. Online condolences may be made to the family at www.chandlersfuneral.com

Offer Condolence for the family of Whynot; Phyllis Mildred