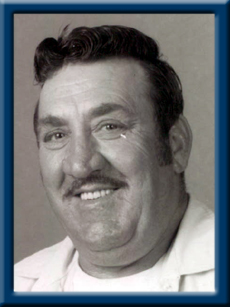 WHYNOT – Peter M., 74, of Liverpool, passed away peacefully in Queens General Hospital, Liverpool on Sunday, December 27, 2020.
Born in Liverpool, Peter was a son of the late Reginald and Marion (Wagner) Whynot.
Peter worked for C.W. MacLeod Fisheries for a number of years and did odd jobs for many people in town such as painting, yard work and carpentry. Peter enjoyed the outdoors. He loved hunting, fishing, camping in his early years and was a long time member of Queens County Ground Search and Rescue. He, and his wife, Joan, enjoyed long drives and visiting family and friends.
Peter is survived by his wife of 52 years, Joan (Freeman); his sisters Patsy Whynot of Gull Island; Margaret (Carleton) Manthorne of Mill Village; Sharon (Adrian) Westlake of Western Head. His brothers St. Clair (Janet) of Liverpool and Stephen (Doreen) of Brooklyn. Many nieces and nephews including special great niece Kayleigh and special great nephew Gabe.
Besides his parents, Peter was predeceased by his sisters May Awalt, Barbara Fancy and Phyllis Soderstrom and his brothers John “Jack”, Wilfred “Buzzy”, Gilbert “Gilly”, Clifford, Paul, Ricky and his nephew Walter.
Cremation has taken place under the direction of Chandlers’ Funeral Home, Liverpool. At Peter’s request, there will be no funeral service. No flowers; donations may be made to Queens County Ground Search and Rescue. Online condolences may be made to www.chandlersfuneral.com

Offer Condolence for the family of Whynot; Peter Merle