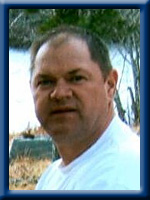 Born in Liverpool, he was a son of the late Allan and Barbara (Francis) Whynot.

Peter was a carpenter’s assistant for Acadia First Nation. He was also well known as a basket maker, a mechanic, an all round woodsman who enjoyed hunting and fishing. He was known as a “Mr. Fix It”; a “try anything once” type of person even water skiing for the first time at 51. He was a “Ford man” through and through.

He is survived by his wife of 32 years Valerie (Joudry). His sons: Neil (Carrie Ann)  and Nicholas (Laura) both of Wildcat Mi’kmaw  Community . His granddaughter Serenity. His sister Grace (Albert) Conrad of Milton and his brother Byron of Ponhook Reserve.

He was predeceased by his brother Gerald.

Cremation has taken place under the direction of Chandlers’ Funeral Home, Liverpool. A traditional Mi’kmaw service will be held on Friday, July 9th, 2010 at 12:00 noon at Peter’s home. A private family committal will be held at a later date. No flowers at the family’s request. Donations may be made to the family.   Online condolences may be made to www.chandlersfuneral.com

Offer Condolence for the family of Whynot; Peter Gordon