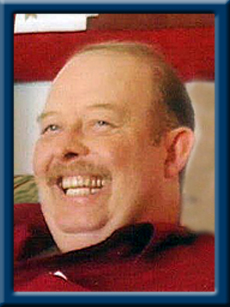 WHYNOT – Peter Gordon, 63, of Milton, Queens County, passed away peacefully in Queens General Hospital on Saturday, April 20, 2019.
Born in Liverpool, Peter was a son of the late George Robert and Mabel (Anthony) Whynot.
Peter was a plumber for Nova Scotia Health Authority for 25 years primarily in Queens General, South Shore Regional and Fisherman’s Memorial Hospitals. He was an active member of the Hollow Log Rifle and Pistol Association. He loved to hunt and fish and was an avid baseball player for many years. Above all, Peter enjoyed time spent with his family.
Peter is survived by his wife of 32 years Sandra (McDougall); his son Damian, his sisters Mary Plummer of Brooklyn, Susan (Wilson “Jr”) Oickle of Milton, Louise Fralic of Liverpool, Vicky (Bernie) Schrader of Liverpool and his brothers John (Peggy) of Milton and Ross (Barbara) of Liverpool as well as his sister in law Mary Whynot of Liverpool.
Besides his parents, Peter was predeceased by his sister Gail Whynot and his brother Robert “Bubby”.
Cremation has taken place under the direction of Chandlers’ Funeral Home, Liverpool. A celebration of Peter’s life will be held Thursday, April 25, 2019 from 2 until 4 p.m. in Chandlers’ Funeral Home, Liverpool. No flowers by request, donations may be made to the Kidney Foundation or the Cancer Society. Online condolences may be made to www.chandlersfuneral.com

Offer Condolence for the family of Whynot; Peter Gordon