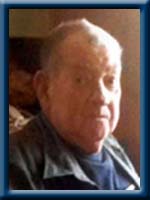 Born in Liverpool, he was a son of the late  Eugene and Tessie (Cunningham) Whynot.

Norman was a pipefitter by trade and worked for Percy Mouzar Plumbing, Whynot Services, Bowater Mersey Paper Company and STENPRO. His passion was his cattle and all farm animals, but his love was for his family. He will be missed by all who knew him.

He is survived by his daughters Vivian (Bruce) Croft of Liverpool, Vicky (Robert) McKinnon and Dale (Richard) McKinnon, both of Milton and Tracy Whynot (Randy Karlsen) of Beech Hill. 14 grandchildren and 6 great-grandchildren. His sister Ethel (Eugene) Ingram of Liverpool and her brothers Alan of Milton, Harvey of Liverpool, Myles (Angela) of Oxford and Ronald (Linda) of Milton.

He was predeceased by his wife Nina (Boudreau) and brothers Farish and Percy.

Cremation has taken place under the direction of Chandlers’ Funeral Home, Liverpool. A graveside memorial service will be held Saturday, March 16th, 2013 at 2:00 p.m. in Milton Community Cemetery, Milford Street, Milton. No flowers. Donations may be made to any charity. Online condolences may be made to www.chandlersfuneral.com

Offer Condolence for the family of Whynot; Norman Eugene