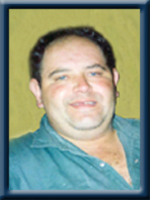 Whynot, Murray Allan Jr., 59, of Milton, Queens County, passed away suddenly on Sunday, September 14th, 2014, at Queens General Hospital, Liverpool. Born in Liverpool, he was the eldest son of Murray Allan Whynot Sr. and the late Madeline “Madge” E. Whynot. Murray worked at Mersey Seafoods, Liverpool, for 28 years until his injury in 1998, after which he mostly stayed at home. He enjoyed being around his family and friends. Murray enjoyed being a father, grandfather and uncle. His favorite companion was his dog Bluebell, whom he spoiled rotten. He would help anyone in need and was always kind to whoever he met. He had a crazy sense of humor, but most of all he had an inner strength to live that kept him going against all odds. Murray enjoyed playing world class solitaire and crossword tickets. He is survived by a daughter, Roseanne Whynot; sons, Wendell (Teresa), Matthew; grandchildren Coady and Tiffany, all of Milton; sisters Margaret (Michael Whalen), of Milton, Mary Roberts, of Liverpool, Laura Whynot, of Milton; brother George Sr., of Liverpool; brother-in-law, Duane Hatt, of Liverpool; nieces, Samantha (Jonathan) Frail and Ethel Whynot, both of Milton; nephew, George Jr., of Liverpool; great-niece, Chantel Frail, of Milton. He was predeceased by a sister-in-law, Kimberly Murray; brother-in-law Troy Roberts. Visitation will be held on Thursday, September 18th, 2014, from 7:00 – 9:00 p.m., from Chandlers’ Funeral Home, Liverpool. A Graveside Funeral Service will be held on Monday, September 22nd, 2014, at 11:00 a.m., from the Milton Community Cemetery, followed by a reception in the Milton Community Hall. Family flowers only. Donations may be made to the Nova Scotia Heart and Stroke Foundation or to the Canadian Diabetes Association. Online condolences may be made to the family at www.chandlersfuneral.com

Offer Condolence for the family of Whynot; Murray Allan Jr