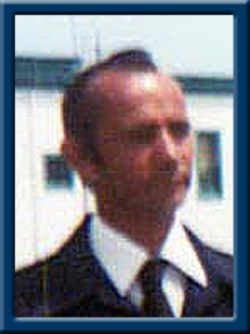 WHYNOT – Max R. 81, of Liverpool, passed away suddenly at home on Wednesday, July 6, 2016.
Born in Liverpool, he was a son of the late Roger and Clara (Oickle) Whynot.
Max worked in the fish processing industry all his life. He was a fish cutter, truck driver and retired as a supervisor for Polar Bear Fisheries. He enjoyed hunting, fishing, clamming and making wooden canes.
Survived by his wife of 57 years, Etta (Smith); his daughters Michelle Whynot (Rickey Stewart) of Shelburne; Norma Hatch (David Young) of Brantford, ON; his sons Marlowe (Heather) and Tony (Charlene), both of Brantford, ON and Benjie, at home. 9 grandchildren and 8 great grandchildren. His sisters Betty Ross and Evelyn Everett, both of Liverpool; Sylvia (Carl) Corkum of Camperdown; Christine Slauenwhite of Vogler’s Cove. His brothers Borden (Carol) of Liverpool and Dennis (Gloria) of White Point.
He was predeceased by his brothers Earl, Roger and Eldon.
Cremation has taken place under the direction of Chandlers’ Funeral Home, Liverpool. At Max’s request, there will be no funeral service. No flowers. Donations may be made to the Canadian Cancer Society. Online condolences may be made to www.chandlerasfuneral.com

Offer Condolence for the family of Whynot; Maxwell Roger