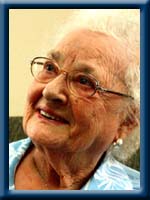 Born in Liverpool, she was the daughter of the late Floyd and Elsie (Munroe) Westhaver.

Loretta can only be described as a very loving person. She worked for many years at both the K&W Bookbinding Plant and the old Metropolitan Store in Liverpool.  She had a passion for her family and was well known to notoriously worry about them. She enjoyed all her family visits and her many lengthy telephone conversations. Loretta was a fantastic cook and enjoyed preparing food for her family and friends. She also enjoyed crocheting and knitting. She will be lovingly missed by her many friends as well as her “special” friends that she had for many years. She had a zest for life and when in her most tired hours she pushed herself for the love of her family and ensured us all she was going to be with her late husband Merrill and watch over us all.

She was predeceased by her loving husband Merrill; brother Dennis; step father Tom.

Cremation has taken place under the direction of Chandlers’ Funeral Home, Liverpool. A private family service will be held at a later date. Donations may be made to Canadian Cancer Society. Online condolences to the family may be made at www.chandlersfuneral.com

Offer Condolence for the family of Whynot; Loretta Mae