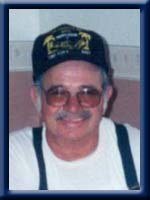 Born in Liverpool, he was a son of the late Beatrice (Slauenwhite) and Clarence Whynot.

He worked for over 20 years for Mosher and Rawding Construction before going to work at the Bowater Mersey Paper company, where he worked for over 10 years up until his retirement. John enjoyed staying home and keeping an eye on his neighborhood, family and friends. He was a former member of the Royal Canadian Legion, branch # 38, Liverpool.

He is survived by sister Sandra (Arnold) Johnson, of Coldbrook; brothers Norman (Hazel), of Milton, Paul (Shirley), Stanley, Carl, all of Liverpool; sisters in law Jessie, Betty, both of Milton; brother in law Myron White, of British Columbia; many nieces and nephews.

He was predeceased by sisters Carrie, Maria; brothers James “Braddy”, Lawrence, and Donald in infancy.

Visitation will be held Thursday, February 2nd, from 7 -9 p.m. and a Celebration of John’s Life will be held Friday, February 3rd, 2012, at 10:30 A.M., both from Chandlers’ Funeral Home, Liverpool. Reverend Judy Cross officiating. Burial will be in Trinity Anglican Cemetery, Liverpool. Family flowers only. Donations may be made to the Canadian Cancer Society or to the Nova Scotia Heart and Stroke Foundation. Online condolences to the family may be made at www.chandlersfuneral.com

Offer Condolence for the family of Whynot; John Merrill