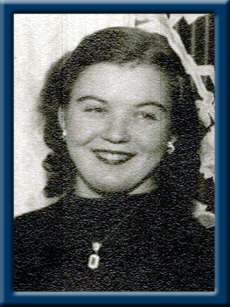 WHYNOT – Hazel V., 83, of Milton, Queens County, passed away peacefully in Queens General Hospital, Liverpool on Tuesday, July 20, 2021.
Born in Liverpool, Hazel was a daughter of the late Ralph and Mabel (Wamboldt) Wolfe.
Hazel worked in housekeeping at Queens General Hospital, White Point Lodge, Hillsview Acres and lastly at Queens Manor from where she retired. She enjoyed playing bingo, scratch and pull tickets, watching TV and her telephone conversations with Viola and Christine and her visits with Florence and Rocky. Hazel will be fondly remembered as a loving mother, grandmother and great grandmother who enjoyed spending time with her family, especially her grandchildren at holidays and family get-togethers. She will be missed by special family friend Eric Marcotte and her cat Lilly.
Hazel is survived by her daughters Maxine (Billy) Joudrey of Milton and Janet Andrews (Terry Himmelman) of Liverpool; her son Phillip of Milton; her grandchildren Amanda McCoombs, Jennifer Whynot, Joseph and Megan Joudrey (Wendell Whynot); her great grandchildren Isabelle and Isaac Whynot.
Besides her parents, Hazel was predeceased by her Step father Ernest Croft; her husband Mervin; her daughter Christine McCoombs; her son in law Larry McCoombs, her brother Everette and her cats Coco and Ginger.
Cremation has taken place under the direction of Chandlers’ Funeral home, Liverpool, NS. At Hazel’s request, there will be a private family service at a later date. No flowers, donations may be made to Queens SPCA or to SHAID. Online condolences may be made to www.chandlersfuneral.com.
Hazel’s family wish to thank the doctors and nurses at Queens General and Valley Regional and the VON for their work and care.

Offer Condolence for the family of Whynot; Hazel Vivian