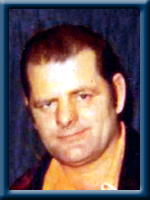 Born in Liverpool, he was a son of the late Kenneth Charles and Florence (Stewart) Westhaver-Whynot.

Harold worked on the gypsum boats and was a barkeep for a number of years before starting Harold E. Whynot Contracting. He was a blacksmith and shod many horses in his time. He was also a veteran of the woodpile for over thirty years. He will be lovingly remembered by his family as a great father and grandfather; as a master surgeon to many toys, a patient driving instructor to all his children and he loved his dogs.

Visitation will be Thursday, July 17, 2014 from 7 until 9 p.m. and funeral service will be Friday, July 18, 2014 at 11:00 a.m., both in Chandlers’ Funeral Chapel, Liverpool. Reverend Judy Cross officiating. Burial will be in Trinity Anglican Cemetery, Liverpool. Family flowers only, donations may be made to Victorian Order of Nurses, Queens County Branch or to Queens General Hospital Foundation. Online condolences may be made to www.chandlersfuneral.com

Offer Condolence for the family of Whynot; Harold Eugene