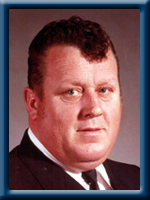 Whynot – Gilbert James, “Gillie”, 71, of Liverpool, passed away suddenly at home on Tuesday, September 9, 2014. Born in Liverpool, he was a son of the late Wm. Reginald and Marion Mae (Wagner) Whynot. Gillie owned and operated his own trucking service, “Mersey Movers”  as well as a taxi service in Liverpool before working with M & D Transport  and Day & Ross. He worked as a rigger for Bowater Mersey Paper company until his retirement due to ill health. He was also a part time employee with the former Chandlers Ambulance Service and served over 16 years with the Liverpool Fire Fighters Association. He will be remembered for his strength as well as his pranks and his sense of humor. He loved spending time with his family especially his grandchildren and his dog “Bud”. He is survived by his wife of 46 years Mona (MacAdams), his sons Brad (Candace) of Liverpool and Roma (Adrienne) of Western Head, his grandchildren Ruari, Brock, Wynn and Valen, his sisters Phyllis (Allan) Soderstrom of Chilliwack, BC, Patsy (Roger) Whynot of Liverpool, Margaret (Carleton) Manthorne of Mill Village,  Sharon (Adrian) Westlake of Western Head, his brothers Clifford, St.Clair (Janet), Peter (Joan), Ricky, all of Liverpool, Stephen (Doreen) of Brooklyn. Sisters-in-law Joyce Whynot of Mill Village, Margaret Haughn of Liverpool, brother-in-law Ronald Fancy of Liverpool. He was predeceased by his sisters Mae Awalt, Barbara Fancy, brothers John “Jack”, Wilfred “Buzzy”, Paul and his sister-in-law Mae and brother-in-law Harold Awalt. Cremation has taken place under the direction of Chandlers’ Funeral Home, Liverpool. Visitation will be Saturday, September 13, 2014 from 7 p.m. until 9 p.m. with prayers being said at 8:00 p.m. both in Chandlers’ Funeral Chapel, Liverpool.  No flowers by request, donations may be made to a charity of your choice. Online condolences may be made to www.chandlersfuneral.com.

Offer Condolence for the family of Whynot; Gilbert James “Gillie”