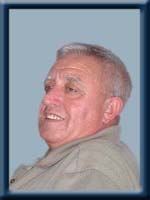 Born in Liverpool, he was a son of the late Eugene and Agnes (Mitchell) Whynot.

Earl was a former baker for Seamone’s Bakery in Liverpool, the Liverpool IGA, MacPherson’s deli and the Apple Berry Farm Market in Bridgewater. He worked at odd jobs throughout the Liverpool area and will be greatly missed by both friends  and family especially  his grandchildren as well as those at the “Coffee Club” at Tim Horton’s.

He is survived by his wife, the former Linda Roy, his daughters Laura (Joseph) Huntley of New Minas and Shauna (Brian) Tufts of Halifax, his sons Vance (Paula) of Cold Lake, AB and Kirk (Bobbi-Jo) of Burton, NB. His grandchildren Charles, Jacqueline and Breanna Huntley, Rebecca and Zackery Whynot, Rheanne Tufts, and Alyssa and Nevan Whynot. His sister Jessie Whynot of Milton.

He was predeceased by his sister Elizabeth Mooers.

Visitation will be Thursday, November 1st, 2012 from 6 until 8 p.m. with a prayer service being held at 7;30 p.m. both in Chandlers’ Funeral Chapel, Liverpool. No flowers by request, donations may be made to any charity. Online condolences may be made to www.chandlersfuneral.com.

Offer Condolence for the family of Whynot; Earl Eugene