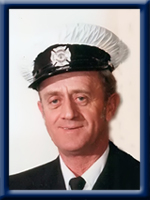 Born in Liverpool, he was a son of the late Wm. Reginald and Marion Mae (Wagner) Whynot.

Cliffy worked most of his life as a truck driver and a carpenter. He and Mae operated their own hobby farm for many years raising cattle and poultry. Cliffy enjoyed his country music and could often be seen at many concerts, dances or variety shows, especially if the Dave Burbine Band was performing. He was a member of the Liverpool Fire Department  and the Liverpool Honorary Fire Department for many years.

Visitation will be held on Thursday, May 5th, 2016, from 7:00 – 9:00 p.m., and a funeral service will be held on Friday, May 6th, 2016, at 11:00 a.m., both from Chandlers’ Funeral Home, Liverpool. Reverend Judy Cross officiating. Burial will be in the Liverpool United Baptist Cemetery. Family flowers only. Donations may be made to the family. To share memories or condolences, please visit www.chandlersfuneral.com

Special thank-you to Dr. Morash and the staff of Queens General Hospital for their compassion and for the care shown to Clifford and his family.

Offer Condolence for the family of Whynot – Clifford Reginald