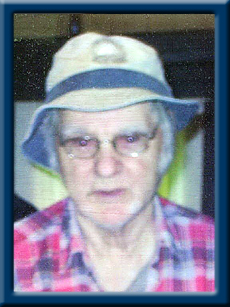 WHYNOT – Charles R., 87, of Milton, Queens County, passed away peacefully in Queens General Hospital on Wednesday, February 21, 2018.
Born in Milton, Charlie was a son of the late Frank and Vera (Wamboldt) Whynot.
Charlie was a former employee with White Point Lodge working in the engineering department for over twenty five years as a caretaker until his retirement. He enjoyed carving, gardening and hunting in his spare time.
He is survived by his sisters Alberta Hyson of Middlefield; Jute (Roger) Williams of Lockeport; Teresa Brewster of Brooklyn. His brothers Eugene (Carolyn) and Jerry, both of Milton; his half brothers Gary (Debbie) Oickle and Ronnie Oickle, both of Milton and his half sister Brenda (John) Cunningham of Brooklyn.
Charlie was predeceased by his sisters Dolly May Whynot, Christine Whynot, Ann Daury, Jenny Miller and Rosie Smith. His brothers Sonny Boy Whynot, Gary Whynot, Lawrence Whynot and Sydney Whynot.
Cremation has taken place under the direction of Chandlers’ Funeral Home, Liverpool. At Charlie’s request, there will be no funeral service. No flowers. Donations to any charity. Online condolences to www.chandlersfuneral.com

Offer Condolence for the family of Whynot; Charles Roger