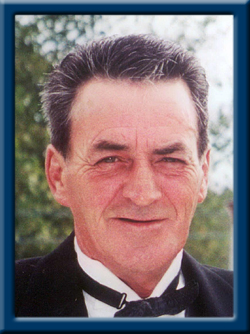 WHITE – Larry Wayne, 70, Milton, Queens County, formerly of Sudbury, ON., passed away on Friday, July 15, 2016 in Queens General Hospital, Liverpool after a brief illness with family by his side.

In his earlier years, Larry was a member of the Air Cadets. Moving to Sudbury at an early age, Larry worked in the tobacco fields, the nickel mines for a number of years, retiring from the roofing company he worked for.

He is survived by and lovingly remembered by his sister Heather (Ross) Whynot of Milton; nephews Devin and Timothy Whynot; his aunt Emily (White) Fralic; his wife Elsie and his step daughter Tracy, both of Sudbury; numerous cousins.

He was predeceased by grandparents Simeon and Grace (Whynot) White and many aunts, uncles and cousins.

Cremation has taken place under the direction of Chandlers’ Funeral Home, Liverpool. At Larry’s request, there will be no funeral. No flowers. Donations may be made to the Queens General Hospital Foundation. Online condolences may be made to www.chandlersfuneralcom.

Offer Condolence for the family of White; Larry Wayne