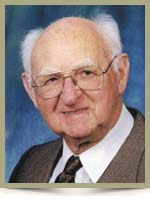 It is with heavy hearts that the family of Harry William “Bill” White, 89, of Mersey Point, Queens County, are grieving their loss and celebrating his life. Bill passed away peacefully at the Veteran’s Unit of  Fisherman’s Memorial Hospital, in Lunenburg surrounded by love.

Born in Black Point, Halifax County, he was the son of the late Harry and Lena (Finch) White. Bill retired in 1985 from the Bowater Mersey Paper Company, Electrical Dept., after 33 years of service.

As a dedicated volunteer, Bill received several recognition awards including Long Service Awards from the Mersey Point Community Association and the Reg Cohoon Memorial Award from the Liverpool Baseball Club. Bill was always willing to lend a helping hand to anyone who asked. How many of you reading this had Billy White in their home to fix something.

He was a devoted husband, loving and patient father and a beloved grandfather. He took great pride in his large family, teaching many to play his favorite games of dominos and cribbage always giving them more than a fair chance of winning. His children and grandchildren adored him. How many times did he hear Dad take me fishing? Grampy take us for a walk to the shore? Grampy take us for a tractor ride? Bill enjoyed walking the trails around Liverpool, especially Pine Grove Park as well as his strolls to the shore to reflect on the many blessings that life had given him.

He was predeceased by brothers George, Bernie; sisters Alice, Irene and Doris.

HE WAS A GENTLE MAN IN EVERY SENSE OF THE WORD, DID HIS BEST AND EVEN THROUGH ILLNESS NEVER COMPLAINED. “KIND TO ALL”

A Memorial Service will be held on Wednesday, November 21st, 2012, at 2:00 p.m., from Chandlers’ Funeral Home, Liverpool, followed by a reception at the Royal Canadian Legion, Branch #38, Liverpool. An Interment will be held at a later date. In lieu of flowers donations may be made to the Queens General Hospital Foundation or to Zion United Church, Liverpool.

Our family would like to thank the staff of the Queens General Hospital and Lunenburg Veteran’s Unit for their compassion and care during Dad’s illness. A special thank you to all our friends who have shown their thoughtfulness and concern for us all during this past year.

Online condolences may be made to the family at www.chandlersfuneral.com

Offer Condolence for the family of White; Harry William “Bill”