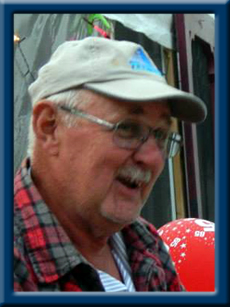 David Wm. White, 68, of Liverpool, lost his battle with mesothelioma on Thursday, August 2, 2018.
David was a master electrician earning the highest marks in his class in 1979. David like to work, drink whiskey, watch golf, and spend time at his camp.
He is survived by his wife Virginia Whynot, his daughters Paula MacInnis and Jennifer, granddaughters Kayleigh and Brea. His mother Marjorie; brothers Dennis (Liz), Bruce (Charlene), Donald (Diane) and Sherman (Bev). His sisters Rosalie Croft and Carol and their families.
He was predeceased by his father Harry Wm. “Bill”.
Cremation has taken place under the direction of Chandlers’ Funeral Home, Liverpool where visitation will be held Tuesday, August 7, 2018 from 7 until 9 p.m. No flowers by request, donations may be made to The Lodge That Gives; 5826 South Street Halifax, N.S. B3H – 1S6 or charity of choice. Online condolences may be made to www.chandlersfuneral.com

Offer Condolence for the family of White; David William