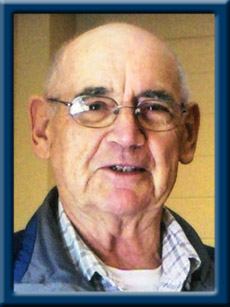 Wheadon – Harry “Ross”., 83, of Port Medway, Queens County, passed away peacefully in Queens General Hospital, Liverpool on Friday, March 13th, 2020.
Born in Brooklyn, Ross was a son of the late Harry and Marguerite (MacLeod) Wheadon and step son of the late Ernest Smith.
Ross was a machinist and millwright for Steel and Engine Products Limited, Liverpool (STENPRO).
He is survived by his wife Sylvia, daughter Patricia ( Ricky) Nauss of Mill Village, sons Kenneth (Darlene Wulf) of Prince Rupert, BC. and David of Anzac, AB. grandchildren Rickey (Julie) Nauss of Brooklyn, Rebecca Wheadon, Joey Wheadon, Jacob Wheadon and Benjamin Thompson. Great grandchildren Dylan and Ryan Nauss.
Harry was predeceased by his granddaughter Lindsey Paige, sister Barbara Landry and Claire Dyke-Patriquin.
Cremation has taken place under the direction of Chandlers’ Funeral Home, Liverpool, At Ross’ request, there will be no service. No flowers, donations may be made to a charity of your choice. Online condolences may be made to www.chandlersfuneral.com.
In keeping with Dad’s final wishes, he wanted to ensure we passed on his appreciation of the kind and caring assistance he received from all those at Queens General Hospital including Dr Woodford, Dr Blackadar, nursing and kitchen staff, all of whom helped him through his final journey. Also, he was so grateful of the prior help he received from Home Care Support which allowed him the ability to remain at home longer. He always had a daily joke for them and talked endlessly of their reactions.

Offer Condolence for the family of Wheadon; Harry “Ross”