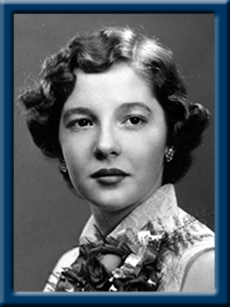 WHARTON – V. Claire, 86, of Hunt’s Point, Queens County, passed away peacefully at home on Thursday, September 2, 2021 listening to the waves.
Born in Sydney, Cape Breton, Claire was a daughter of the late John and Florence (Smith) MacLean.
Claire moved to Liverpool at the age of 19 and began her working career at Steel and Engine Products Limited (STENPRO). She married Donnie Wharton and together with their growing family, moved to Quebec for a time. In 1973, they returned to Hunts Point and purchased the Hyway Market General Store and ran the store until 1990. In her spare time, Claire enjoyed rug hooking, curling, walking and watching Coronation Street and Downton Abbey. She was a former member of the Wesley United Church UCW and she remained true to her Cape Breton roots; returning there often to reconnect.
Surviving are her daughters Heather Wharton, Danielle (Charles) Robertson and her son Steven, all of Port Joli. Her grandchildren Lyndsay, Jeremy, Lewis and Lee and her great grandson Zachary.
Besides her parents, Claire was predeceased by her husband Donnie, her daughter Dawn, her infant sister Joan and her brother Reverend Piercey MacLean.
Cremation has taken place under the direction of Chandlers’ Funeral Home, Liverpool where a memorial service will be held Wednesday, September 8, 2021 at 11:00 a.m.. No flowers by request, donations may be made to the Wesley United Church, Hunts Point or to a charity of your choice. Online condolences may be made to www.chandlersfuneral.com.
Those attending Claire’s service are asked to bring a mask, hand sanitize, practice social distancing wherever possible and provide funeral staff with contact tracing information.

Offer Condolence for the family of Wharton; Virginia “Claire”