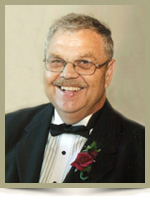 Wentzell, Ronald Nelson, 61, of Beach Meadows, Queens County, passed away on Monday, October 3rd, 2011.
Born in Liverpool, Queens County, he was a son of the late Maurice and Vivian (Gower) Wentzell.
Ron was an electrician by trade and worked around Halifax doing electrical maintenance for many years before going to work at the Halifax Dockyards. He also ran his own business during this time wiring houses. Ron and his family moved back to Liverpool in 1984 when he accepted a job with Nova Scotia Power, where he retired from in 2001. He enjoyed woodworking, camping with his family at the Oakhill Campground and, in his earlier years, golfing. Ron loved animals and was especially fond of his dogs.
He is survived by his loving wife, Dale; daughter Joanne (Jason) Edmunds of Beach Meadows; son Jeffrey (Donalda) of Brooklyn; grandchildren Dylan, Ethan, Darian, Emma; stepgrandchildren Shelby, Tanisha, Marcus, Keilgh; stepgreat-grandson Ashton; brother Arthur (Daunice), of Sackville, N.S..
He was predeceased by a sister Patricia.
Cremation has taken place under the direction of Chandlers’ Funeral Home and Cremation Service, Liverpool. A Celebration of Ron’s life will be held Saturday, October 8th, 2011, at 11:00 a.m, followed by a reception, from Chandlers’ Funeral Chapel, Liverpool. Reverend Brian Wentzell officiating. In lieu of flowers donations may be made to the Nova Scotia Heart and Stroke Foundation or to the Canadian Cancer Society. Online condolences may be made to the family at www.chandlersfuneral.com

Offer Condolence for the family of Wentzell; Ronald Nelson