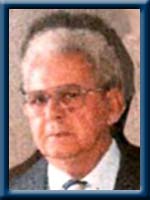 Born in Milton, he was a son of the late Walter and Rhoda (Greenough) Wentzell.

Harold worked in the woods before he joined the Royal Canadian Army Corps of Engineers during World War II. Following the war, Harold went to work with Bowater Mersey Paper Company Limited and retired in 1984.

He is survived by his wife Dorris (Whynot); his daughter Marilyn (Leo) Langevin of Broad River and Joanne (Ernest) Garred of Edmonton, AB.  3 grandchildren and 3 great grandchildren.

He was predeceased by his brothers Ray, Roger and Alvin.

Visitation will be Monday, March 4th, 2013 from 7 until 9 pm. and funeral service will be Tuesday, March 5th, 2013 @ 2:00 p.m. both in Chandlers’ Funeral Home, Liverpool. Reverends Joe and Pat Roberts officiating. Burial will be in Milton Community Cemetery. Family flowers only, donations may be made to Milton Christian Church, Disciples of Christ. Online condolences may be made to www.chandlersfuneral.com

Offer Condolence for the family of Wentzell; Harold Zophenaus