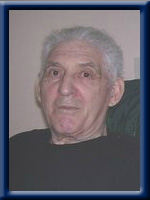 WEAVER – Gordon James, 78, of Liverpool, passed away peacefully in Queens General Hospital, Liverpool on June 29th, 2011.
Born in Blue Rocks, he was a son of the late Currie and Leana (Tanner) Weaver.
Gordon was a fisherman all his life and in his spare time enjoyed working around his yard and doing a bit of gardening.
He is survived by his wife, Loretta (Young); sons: David (Barbara) of Milton; Stephen of Liverpool and Shawn (Sara Everett) of Lower Sackville. 4 grandchildren and 2 great-grandchildren. Sisters Joanne (Mervyn) Shauffenburg, Helen (Norman) Greek and Ina (Nelson) Tanner all of Lunenburg. Brother Rockwell (Rose) of Lunenburg. Brother-in-law Paul Allen of Lunenburg.
He was predeceased by his daughter Valerie Conrad and son Kevin. Sister Charlotte and brothers Donny and infant David.
A private graveside service will be held Monday, July 4th, 2011 in Milton Community Cemetery. Donations may be made to North Queens Nursing Home, Caledonia, the Canadian Diabetes Association or to any charity. Online condolences may be made to www.chandlersfuneral.com

Offer Condolence for the family of Weaver; Gordon James